Since the day Lonely Planet ranked Sri Lanka as the top travel destination for the year 2019, we had been waiting for an opportunity to visit the Emerald Island.

As soon as the holidays arrived, we catapulted on to a red eye flight to Colombo. When we landed, despite the late hour, everybody from the immigration officers to our chauffeur welcomed us with smiles and were extremely warm and hospitable. No wonder this island nation is becoming an ever-popular travel destination by the day. We had booked a hotel close to the airport to crash for the night and the next day, bright and early, we hit the road. After driving for a couple of hours on the southern expressway, we were at the pristine beaches of Bentota – a fishing village on the Colombo-Galle coast on Sri Lanka, famed for its gorgeous beaches and umpteen watersport offerings.

There are tons of exotic hotels in Bentota and it is really difficult to pick one. Our hotel of choice was the stunning Taj Bentota. Soon, we were at resort pool and then to the beach for surfing lessons, keen as mustard.

Never have I seen our kids so attentive about lessons. Way sooner than we expected the kids were jumping on their boards perfectly and gliding. The wife was good at it as well; from her days surfing at the Californian coasts I guess; as for me, my instructor had given up, he tried to pacify by telling me that it was much easier for the kids and your wife seems to have some experience. Our younger son very subtly described my efforts as TOTALFAILURE!!! Ah, fun fun. 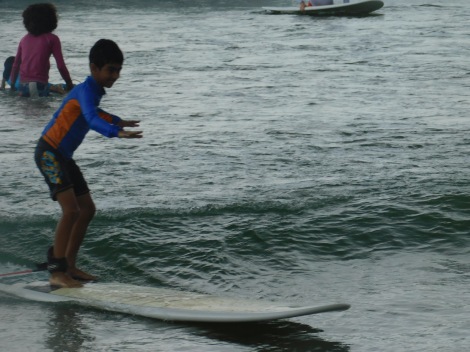 We were at the beach through the evening. For dinner, we we went to an in house restaurant called “The Shack”. It is arguably the best restaurants around and has won many accolades for one of the best seafood restaurants in Sri Lanka. A visit to the Shack is an absolute must when visiting this part of the world.

The next day was at the beach again as the surfing lessons continued. In the evening we visited the Induruwa Sea Turtle Conservation Centre. We saw different turtle species viz. Olive Ridley, Leatherback, Loggerhead, Hawksbill, Green and the Albino sea turtle. We were explained the life cycle of the turtles, the current challenges facing their existence and  rescue and rehabilitation operations of the conservation centre; it was very informative, especially for the children. We saw turtle eggs, a video of their hatching and new born baby turtles in a massive water tank. We concluded the tour with the kids releasing baby turtles in the ocean.

We then visited the Bentota town and dined at a local restaurant. Tuk Tuk’s are very easily available and extremely convenient for short distances. As per our guide at the conservation centre, many turtles would come ashore at night close to our hotel beach. So we grabbed on to searchlights and hit the beach. No turtles but tons of crabs. With absolutely clear starlit skies coupled with the rhythmic sound of the waves hitting the rocks; the beach at night was fantastic.

The next day we bid goodbye to Bentota and drove north to Colombo. Encountered a lot of traffic on the way as we had hit the peak hour. After the laid back life of Bentota, it was extremely difficult to fathom such traffic. We dumped our luggage at the hotel, ubered a tuk tuk (most convenient way to travel in Colombo) and went to the Galle Face Drive. Dined at the Golden Dragon across the street.

A short drive through the city of Colombo and one can witness a captivating juxtaposition of city’s colonial roots and modern architecture. Colombo is also famed for a very thriving nightlife scene.

The following day we ubered a tuk tuk to Colombo-Galle road. The are tons of coffee shops, restaurants, shopping, pubs in this part of the city. We went to the barefoot cafe and spend some time exploring the neighbourhood. We visited the Gangaramaya Budhhist Temple Complex in the evening – an eclectic mix of Sri Lankan, Indian, Thai and Chinese architecture. It has a massive collection of Buddha Statues in jade, ruby, crystal and other precious stones. There is an impressive collection of vintage cars there as well. Across the main temple complex, there are steps that lead to a huge Bodhi tree; seems the sapling of the tree is from the time of Buddha. 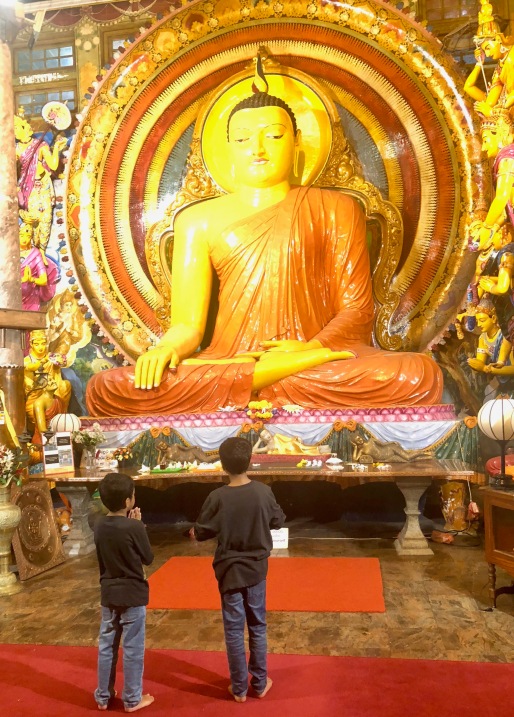 At a short walk from the Gangaramaya temple is the Seema Malaka. It sits in the middle of a lake and with the night time illumination, the temple looks magnificent.

Following our spiritual escapade, we made our way to the oldest building in the Fort area – the Old Dutch Hospital. Known as the Old Dutch shopping precinct now, it is essentially a gourmet ghetto with upscale restaurants, shops, pubs and the famed Ministry of Crab. We dined at the ministry. If you are visiting this eatery, ensure that you make a reservation a couple of days in advance; the eatery is insanely popular and for good reason-it is simply the best. A must while in Colombo.

After dinner we walked down to the Dilmah Tea Lounge at the precinct. They house an  impressive collection of Ceylon tea. The children went gaga over bubble tea there. 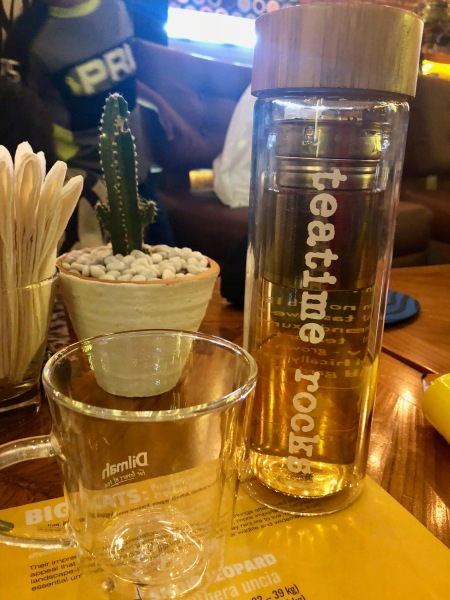 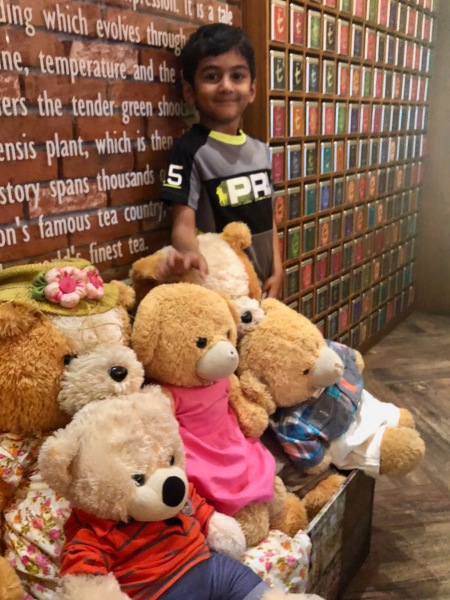 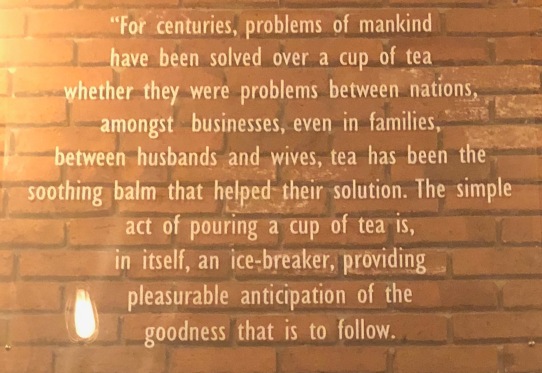